We offer tours & excursion in private cars, people-carriers or mini-buses, seating from one to seventeen people.

Tour the magnificent gateways and city walls: these silent sentinels give an impression of the extraordinary style of Moroccan architecture.

Four magnificent gateways, with exquisite tiling, were conceived in splendour and erected to protect the ancient Medina. See the Royal Palace gate, built by the Almohad dynasty in the 13th century, and see why Bab Bou Jeloud is thought to be the most beautiful of all.

At South Borj, a panorama of the town awaits you. Visit the medieval tombs of the Merenid dynasty, which give an incomparable view of Fez. 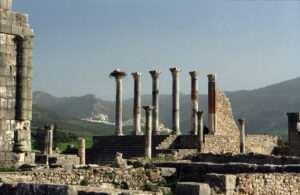 UNESCO World Heritage Site, Volubilis is one of the most historically significant places in Morocco. According to some historians, it was founded in Neolithic times. Its Roman remains rise majestically from the middle of the plain.

Nearby is the famous town of Moulay Idriss, where the remains of the founder of the Idrissid dynasty are laid to rest.

Meknès, the delightful Imperial city, is a place to wander freely, where you can take advantage of cultural sites such as its magnificent Medina, or just sip a mint tea in the Place el-Hedim, gazing on the impressive Bab el-Mansour gateway 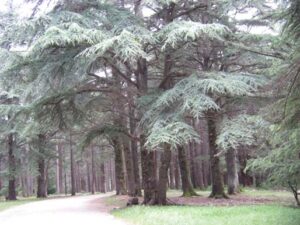 You return to the province of Ifrane, passing through the little town of Immouzzer. By taking the pretty diversion, you will see the huge lake Dayet Aoua, with its neighbouring hills reflected in the water.

On reaching Ifrane, you are sure to be amazed at the unusual appearance of this Alpine-style resort. Then, we make the descent to Azrou, stopping at the foot of the Goureau cedar, for a refreshing break in this vast cedar forest.

Having enjoyed the green roofs of Azrou, it’s time to take the road back to Fez. 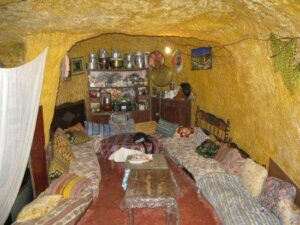 A Berber town located 30km from Fez, Sefrou has been known since the 12th century as the meeting-point of the north of the country and the valley of the Tafilalt, to the south. Sefrou is known for its waterfalls, the variety of the surrounding countryside, which you can admire from the sanctuary of Sidi Ali Bousserghine. Nowadays, Sefrou is an important agricultural centre, which shows off the wealth of its production at the Cherry Festival, each June.

A few kilometres further on, by a road climbing through olive groves, we reach Bhalil, famous for its troglodyte dwellings.

Just 20km from Fez, in the striking Rif foothills – green and flower-covered, or grey and ochre, depending on the seasons – is Morocco’s modern thermal station, in the perfect climate.

The Moulay Yacoub Thermal Station draws its richness from its spring water. These waters have been renowned over the years for their therapeutic value and their positive energy. They relieve the pains of arthritis, and are famed for skin complaints, and for ear, nose or throat problems. 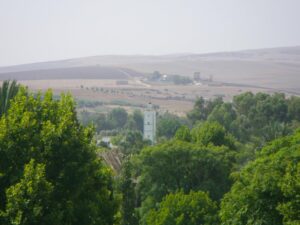 The Springs at Sidi Harazem

Sidi Harazem Thermal Station is just 10km east of Fez. It benefits from a hot (350), magnesium-enriched spring. Sidi Harazem has been a famous Moroccan oasis since the 16th century, on the road between Fez and Taza.

This mineral water is reputed to have curative properties for diseases of the liver and the kidneys. Many people come to take the waters, and to pray to Sidi Harazem, the patron saint of springs. It is a still water, containing bicarbonate of magnesium, and is not strongly mineralised.

We also arrange any excursion or tour around the south of Morocco: